Book a table Your Favourites Book a Stay

How we use your email address

Family Holidays in Dorset: A Guide

Devon and Cornwall might get the lion’s share of the press, but that only makes Dorset even more of a exciting choice for family holidays – less crowded and less pricey, yet with its own unique attractions that you won’t find elsewhere in the UK or even the world, from fossil-strewn beaches to history-laden castles (many of them free to visit). Why go further afield when all of this is on your doorstep, and when there’s something to keep you coming back for more all year round? 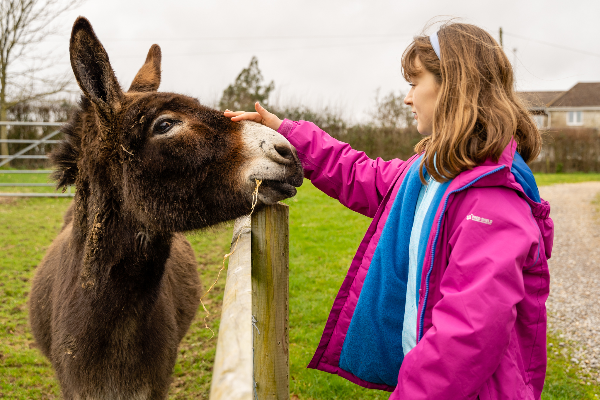 10 Reasons to Take the Kids to Dorset

The extraordinary, fossil-strewn Jurassic Coast makes Dorset a great place to visit with young dinosaur enthusiasts or fossil-hunters. Don’t miss the Charmouth Heritage Coast Centre with its guided fossil walks and rock-pooling excursions, and its interactive exhibitions on local geology.

There are so many wonderful beaches to choose from in Dorset that it’s hard to short-list the best. But don’t miss the the quirky Isle of Purbeck peninsula, especially the National Trust’s Studland Nature Reserve, or Chesil Beach famous from the Ian McEwan novel and ensuing movie.

Another National Trust site, Brownsea Island in Poole Island – once linked with the Scout movement and accessible by public boat – has red squirrels and a natural play area.

From pagan monuments to spectacular fortresses, Dorset oozes history – much of it dramatic and even swashbuckling. One of the best historic sites in Dorset with kids is Lulworth Castle with its history-themed entertainment, which you can reach by steam train from Swanage (bring a picnic). There’s also Corfe Castle and its neighbouring village, both like something right out of the 1950s (it’s no surprise that Enid Blyton set some of her Famous Five stories in the area). On the doorstep of Greenwood Grange are Hardy’s Cottage and Birthplace and Visitor Centre, plus Thorncombe Woods where you can walk in the novelist’s footprints along way-marked trails.

Dorset has everything from the grande-dame seaside resorts of Bournemouth and Poole – both enjoying a resurgence of late – to quintessential English towns such as Sherbourne and Shaftesbury surrounded by gorgeous countryside. Just 10 minutes’ drive from Greenwood Grange, Dorchester retains remnants of its prehistoric roots (the Maumbury Rings and Maiden Castle), Roman ruins, a military museum, a dinosaur museum and the Dorset County Museum with displays on Jurassic Dorset and Ancient Dorset.

From food festivals to Christmas markets, Dorset has plenty to entertain and amuse all ages year-round. They include what is generally regarded as the most child-friendly UK festival – Camp Bestival, which takes place in late July/early August at Lulworth Castle.

Foodie families love Dorset with its great restaurant scene, welcoming seafront cafés (including the Crab House Café and Billy Winters in Weymouth) and fantastic family-friendly pubs, among the Square and Compass in Worth Matravers, which even has its own little fossil museum.